the Tax Office may no longer use credentials data. That was decided on 24 February.

The Tax Administration makes photographs of the Dutch police authorities (CPPD) with highway cameras along the Dutch highways. The cameras are equipped with automatic number plate recognition (ANPR). The photos are used for checking traffic records, which show that you have driven more than 500 kilometers privately. The problem is that the photos show in detail what you have been and the Tax Office thus seriously infringes your privacy.

A motorist who conflicts with the tax office about his ride administration and called for a procedure was both unsuccessful by the Court and the Court. In the cassation procedure, the question was central to whether this method of data processing complies with the legal requirements. The response of the Supreme Council was denial. In addition, there is no legal basis for the tax authorities’ infringement on the privacy of motorists.

From the press release of the Supreme Council: “The privacy of the stakeholders is affected by the way in which the data collected with ANPR cameras are collected and used. This is not about one or more observations in public space, but for systematically collecting, recording, editing, and storing data on the movements of vehicles at various locations in the Netherlands for years. A sufficiently precise legal basis – which in such a case is required under Article 8 of the ECHR – is lacking. “ 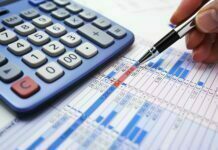